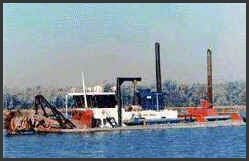 Crews from Ludlum Construction Company are scheduled to start pumping sand out of Clam Pass today as part of the effort to restore a dying mangrove forest in northern Collier County, the director of the country division overseeing the project said Monday.

The restoration plan is aimed at increasing water flows in and out of Clam Bay, where flooding has killed more than 50 acres of mangroves since 1992 below the balconies of Pelican Bay’s high-rise condominiums.

The Clam Pass work is the second piece of the restoration to get under way. Crews already have finished digging a tidal cut in the forest north of Clam Pass and are set to start on two other cuts this week, said Jim Ward, director of the Pelican Bay Services Division.

The tidal cuts and main channel dredging are budgeted to cost $500,000. Tourist tax revenues will pick up the tab for the dredging of Clam Pass, about $100,000. The rest will be split between Pelican Bay residents, through a special taxing district, and WCI Communities, the developer of Pelican Bay. The restoration – including studies on ways to reduce the neighborhood’s runoff into Clam Bay – is expected to cost $2.4 million by the time it’s done. 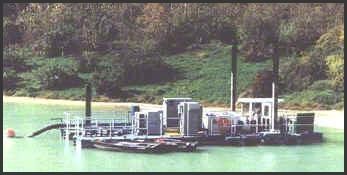 The work must be finished by May 1, the start of sea turtle nesting season that stops beachfront work each year until November. Ward said he expects to meet that deadline.

County commissioners have approved a waiver from normal construction time limits to allow for work 24 hours a day. That could start in another two weeks, Ward said.

A founder of the Mangrove Action Group, a group of citizens who noticed the forest turning brown and banded together to push officials to save it, applauded the start of the work. “I think they’re actually moving forward,” said Claire DeSilver, who has kept tabs on efforts to fix the forest from the start. “I think, in general, people are very pleased it’s going forward.”

Ward said he has confidence in the success of the project, which was put together by a team of mangrove scientists and hydrologists and underwent months of review by state and federal permitting agencies.

The most visible part of the project will be the dredging of Clam Pass.
An Ellicott® Brand 370 “Dragon®” dredge and three pieces of earth-moving equipment sat waiting Monday at Clam Pass. Rows of pipe stretched down the beach and past the county’s Clam Pass Park, where the sand will be pumped and spread into the beach. Workers buried the pipe at the beach ends to allow for access by beachgoers.

About a dozen gopher tortoises had to be relocated to make way for two pits dug north of Clam Pass inside a county-owned preserve area set aside during construction of Pelican Bay, Ward said.