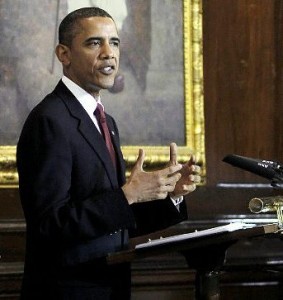 During President Obama’s historic visit to India last week the White House announced a new sale to India of two dredgers by Ellicott Dredges, LLC of Baltimore, Maryland.  See the White House Press Release here.  Ellicott was included in the White House’s announcement along with other leading American companies such as Boeing, General Electric, Harley-Davidson, Bell Helicopter, and Bucyrus.

Maharashtra Maritime Board will be using two Series 370 HP Dragon™ Cutterhead Dredges, the most popular cutter dredge ever built, to maintain fishing ports and various tributaries in the State of Maharashtra, in western India.  Since President Obama announced the National Export Initiative (NEI) in his 2010 State of the Union Address, the US Department of Commerce has vigorously advocated for small and medium-sized businesses like Ellicott to help increase American exports.

Ellicott Dredges is the leading US manufacturer of small and medium sized dredges.  It celebrated its 125th anniversary this year. Ellicott sold its first dredge to India half a century ago.  In March 2010, US Commerce Secretary Locke visited Ellicott’s Baltimore plant and called Ellicott “an iconic [American] exporter.”

Ellicott President Peter Bowe thanked the Department of Commerce for its help in securing this contract award and stated his appreciation for the Administration’s support for US exports.