Ellicott Dredges continued a strong sales effort over the last 15 months with shipments of dozens of dredges to over a dozen countries. Ellicott considers an outstanding aspect of this performance to be its exceptionally strong sales to the U.S. market, particularly for dredging contractors.

Since the beginning of 2014, Ellicott has delivered a substantial number of dredges to U.S. customers, with two more custom units for a marsh restoration project funded by the U.S. Department of the Interior due to ship during the first half of 2015. Of the U.S. deliveries to date, two are new 20″ (500mm) dredges for dredging contractors in Louisiana and Texas, while three new 18″ (450mm) units went to contractors in New Jersey, Michigan, and Iowa.  This is a remarkable achievement considering the selectiveness of U.S. dredging contractors who purchase equipment with the expectation of at least 30 years of service under tough conditions. 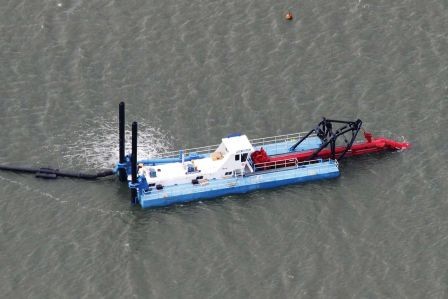 An aerial view of the Ellicott 1870 Dragon® dredge

Paul Quinn, Vice President of Sales for Ellicott, said that “this relatively large number of 18″ (450mm) and 20″ (500mm) dredges being sold to some of the industry’s toughest customers is an acknowledgment of what many have known all along – that Ellicott dredges offer the highest value, the longest life, and most reliable operation of any dredge available. On top of that, our service and support are great, our service guys are well-trained and field-orientated, and we carry a huge inventory of spare parts to support our equipment.” 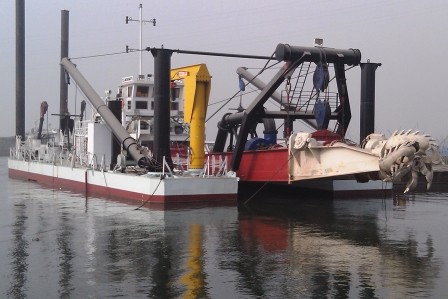 One of the Ellicott 3870 Super Dragon® dredges