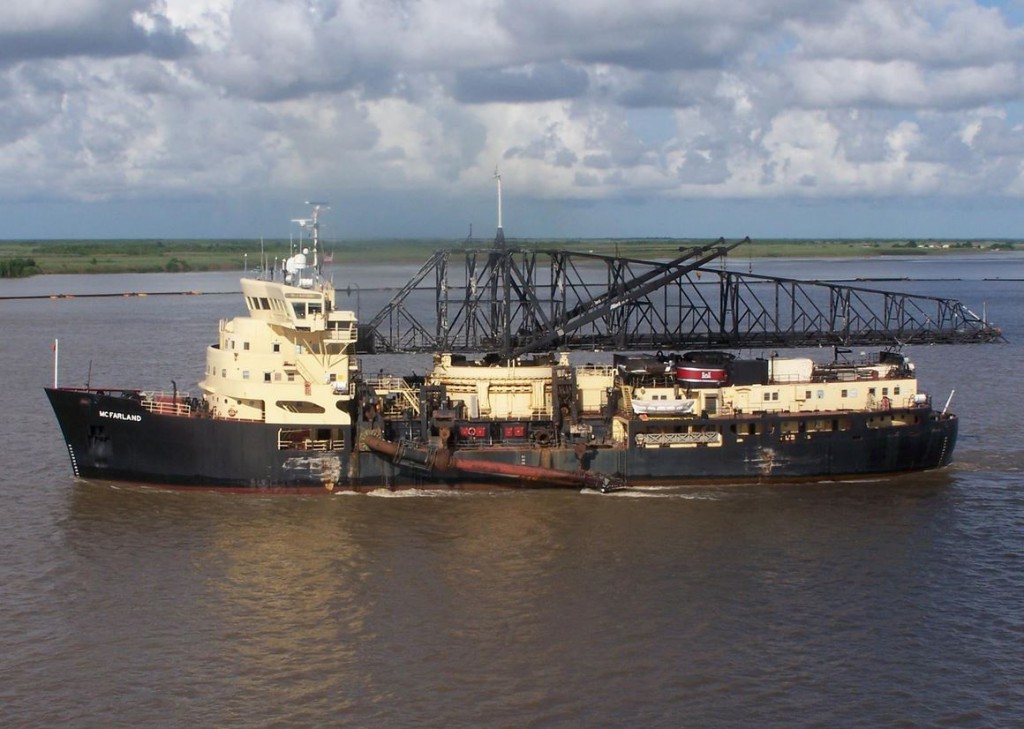 The U.S. Army Corps of Engineers, Philadelphia District, has just announced that after 62 days of work their hopper dredger McFarland successfully completed emergency dredging operations on the Southwest Pass of the Mississippi River.

The ‘Mac’, one of four oceangoing hopper dredgers owned and operated by the Army Corps, was called upon because high stages impacted navigation.

This vessel is the only dredger in the world with triple capability for direct pumpout, bottom discharge and sidecasting or boom discharge.