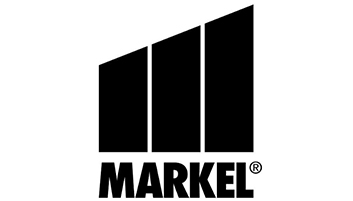 On the heels of Amazon.com and Alphabet passing the $1,000 mark, a far-less prominent company called Markel just crossed the threshold too. It hit a new all-time high of $1,000.06 early in Monday trading.

The holding company primarily sells insurance, and is known for a long-term investing strategy that has drawn comparisons to that of Berkshire Hathaway and its legendary chairman, Warren Buffett. With a Class A share price of $258,530, Berkshire has the priciest stock of any U.S. company and is one of five U.S.-listed firms currently trading above the $1,000 mark.

Markel primarily earns revenue from insurance premiums and its investments, but also started turning into a mini-conglomerate in 2005 when it created Markel Ventures to operate companies outside the insurance industry. While Berkshire owns railroads, utilities, and massive industrial companies among its dozens of subsidiaries, Markel’s stable includes a dredge-maker, a homebuilder and some bakery equipment firms, among others.

Some of the so-called value investors who follow Berkshire’s equity holdings closely–thanks to Mr. Buffett’s reputation as one of the world’s best stockpickers–also track Markel’s stock portfolio. Its major positions included Berkshire, Carmax, Walgreens Boots Alliance Inc. and Walt Disney Co. at the end of the first quarter, according to a filing with securities regulators.

Despite a “brutally competitive” insurance market, Markel reported a five-year growth rate in book value per share of 11% in its most recent annual report.

“Markel’s balance sheet remains among the most conservative in the business,” wrote RBC Capital Markets analyst Mark Dwelle in a research note April 27 when he raised his price target and 2017 earnings estimate. “The company has ample capital, an expanding footprint and the organizational discipline to continue to grow book value at a double-digit pace over time.”