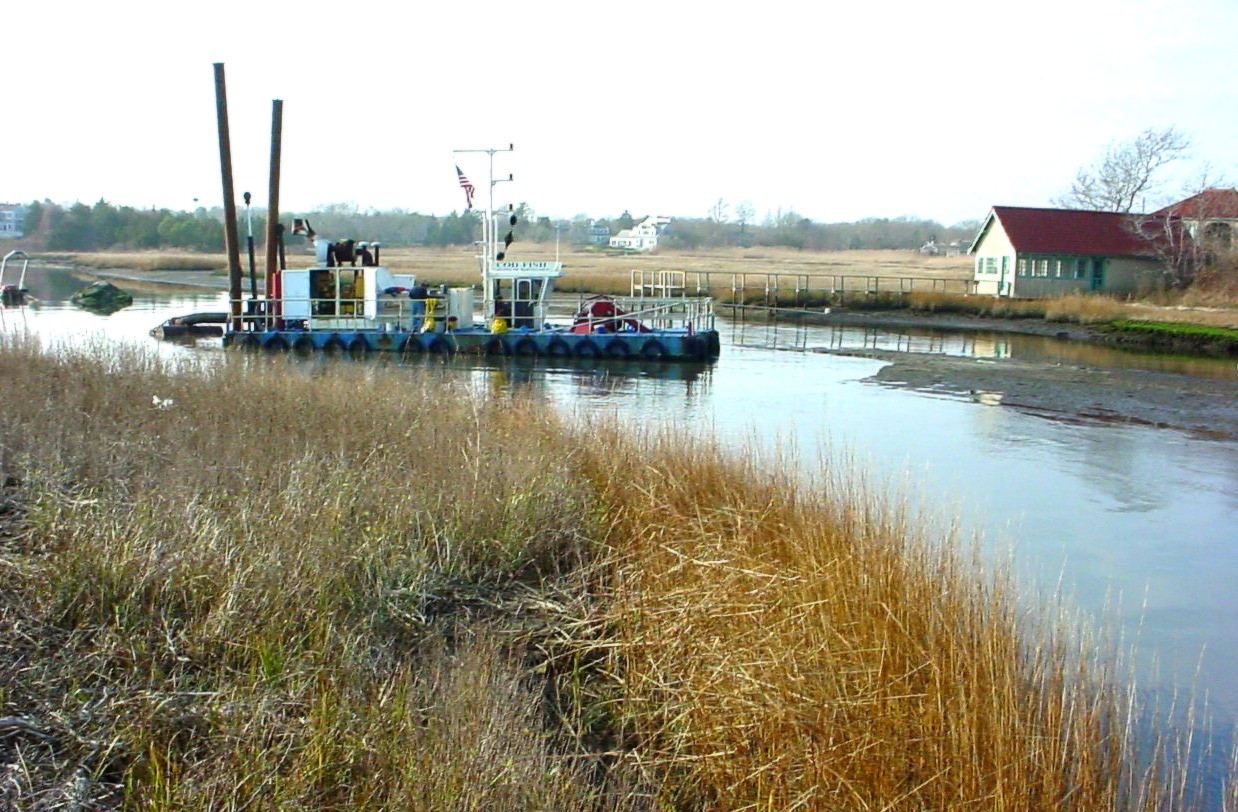 The Barnstable County Dredge Program has launched a campaign giving the public the opportunity to pick the name of their newest dredge.

The Ellicott vessel is currently under construction in Baltimore, Maryland and is expected to make its way to the cape sometime next month.

“We figured we would bring it back to the residents of Barnstable County to have a fun campaign to see if we can name, and rather than just have us pick a name for it we figured it would be good bring some awareness of what the dredge actually does for the county, and the towns within the county.”

Secondly, the county dredging program also uses all of the dredged material for various beach replenishment projects across the county, saving towns money on what can be a very expensive prospect.

The new, yet unnamed, vessel is larger and more powerful than the “Cod Fish” and as a result is expected to allow a much more responsive dredge schedule, in order to better meet the needs of the community.

The dredge naming campaign will occur in two phases: During the first phase, the public can submit a name from now until August 21st at barnstablecounty.org.

Tebo is urging the public to be creative, just not too creative.

“Try to keep it on a Cape theme also, there was a story a few years back where they actually named a boat ‘McShippy’ because that was one of the big, you know ‘McDreamy’ and those type of things were out there, so we want to keep some guidelines on what it would actually end up being named.”

A select committee at Barnstable County will then narrow submissions down to the top ten, and during the second phase, the public will be able to vote on those top ten names from August 23nd to August 31st.

The winner will be announced on the Barnstable County website on September 1st.

“Operating in one of the world’s most sensitive ecological environments – we’re looking for a name that equally exemplifies the work Barnstable County Dredge does to maintain the health of our region and a name that is specifically related to Cape Cod,” said Leo Cakounes, Chairman of the Barnstable County Commissioners, “This campaign will give everyone on Cape Cod the opportunity to feel part of this important project that will have a critical and positive impact on our environment.”

Ellicott Dredges, LLC wishes to inform our customers, vendors, and prospective buyers that we are continuing our manufacturing operations to guarantee the supply and distribution of essential critical infrastructure equipment for marine environments and global waterways.

Ellicott Dredges will continue to transport equipment throughout the United States and the world following all laws and directives set forth by government agencies.

Our offices and factory teams are fully operational, as we continue to provide a safe work environment for our employees by practicing social distancing of 6 ft. (1.83 m) between individuals and providing accessible hand sanitizer stations available to all employees.

Ellicott Dredges will receive essential client visits upon prior approval by our CEO and Human Resources Dept. All guests will be given a safety briefing prior to entering the main facility.

For questions or concerns please refer them to Vice President, Paul Quinn, at pquinn@dredge.com. Thank you for your support.