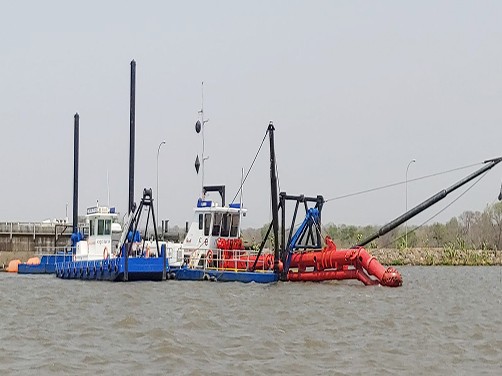 In 2018 the Millennium Challenge Account of Malawi (MCA-M) awarded Ellicott Dredges a tendered contract to supply an Ellicott Series 1270 Dragon® dredge for the Kapichira hydropower plant in Malawi.

The Millennium Challenge Corporation (MCC), a U.S.-based government agency, has been working directly with government officials from Malawi over the last several years to establish a strong foundation on which the country’s power system can successfully sustain itself over time.

A majority of Malawi’s residents rely on hydropower as their primary source of energy. In recent years, silt and sediment buildup has increased in the Shire River near the Kapichira hydroelectric power plant reservoir. The harmful debris has caused water levels to diminish significantly in the reservoir, reducing the amount of water that can be contained, limiting power ahead of the hydro plant’s turbines.  The Ellicott® 1270 cutter suction dredge is expected to help improve Kapichira’s power generation by minimizing sediment in the reservoir and thus raising the amount of reservoir water volume and hydropower productivity.

The portable cutter suction dredge was recently delivered to the customer. The dredge is equipped with anchor booms and an extended spud carriage that is designed to enhance operating efficiency significantly.