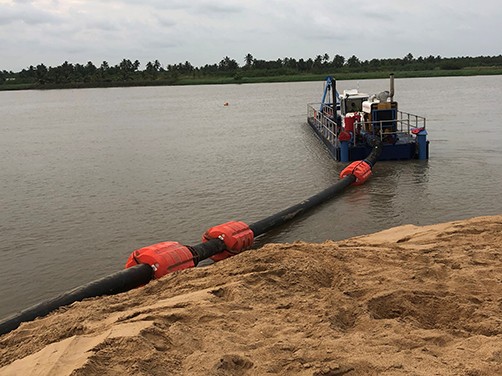 Bopa, Benin: Logistics and Assistance S.A., a dredging contractor from Cotonou, Benin, was awarded a tendered contract by the Ministry of Living Environment and Sustainable Development to help control seasonal flooding in the region.

Nearly one-third of the population in West Africa reside in communities that are exposed to the effects of poor coastal development and climate change in regions where coastal erosion and flooding are prominent. In 2018, more than 100,000 people were left homeless, and 43 people were killed as a result of a massive flood in Cotonou, Benin. 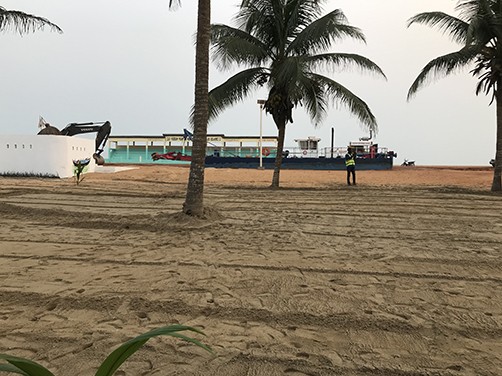 In November 2019, a swamp located outside of Bopa, Benin flooded numerous times as a result of heavy rainfall. The floods have threatened to destroy homes in a nearby local community. Crews will be using an Ellicott 370 Dragon® Dredge to remove over 150,000 cubic yards of debris from the swamp and using the dredged material to form a levy to protect the homes to prevent them from washing away.

This coastal maintenance project is financed by the World Bank through the WACA Resilience Investment Program and is aimed at strengthening resilience in communities such as Bopa. The WACA Resilience Investment Program supports countries’ efforts to improve the management of their shared coastal resources and reduce the natural and man-made risks affecting coastal communities in West African countries such as Benin, Togo, Senegal, Sao Tome, Mauritania, and Principe.