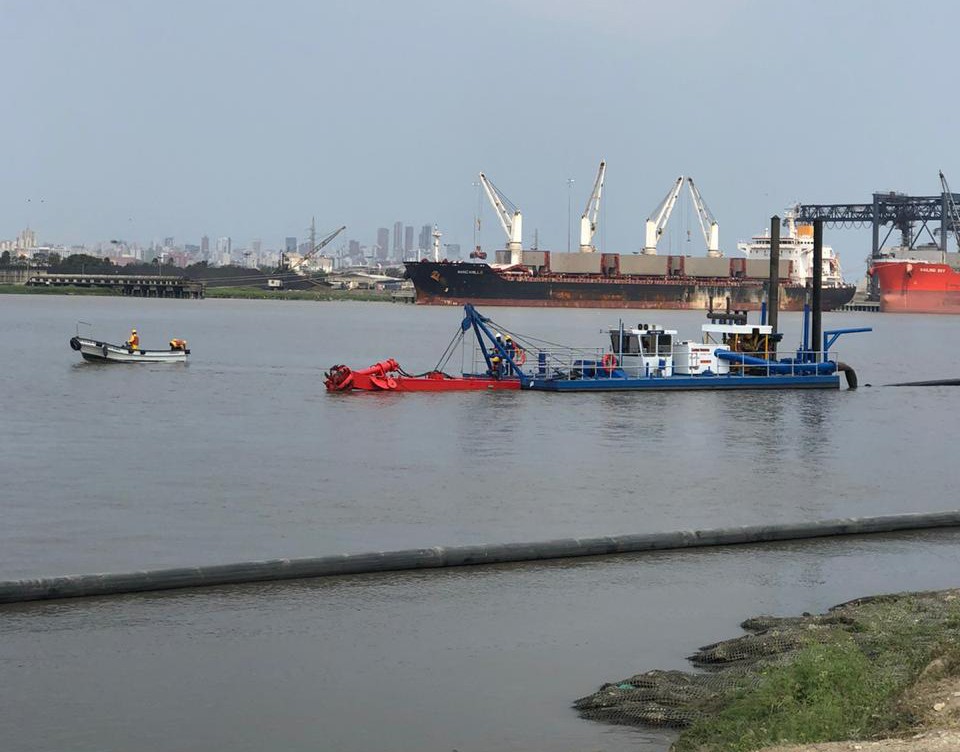 Access to ports is critical to the import and export of goods around the world. When traffic is slowed due to sedimentation and other build-up, Ellicott Dredges is the solution.

An Ellicott 670-42 Dragon® Dredge was purchased and is now being used to dredge Palermo Port in the Magdalena Department of Colombia.

Coremar Group, owners of Palermo Port Cluster and Retramar (the port operators), ordered and received the dredge to perform river dredging for construction and maintenance of its industrial terminals.

Dredgers have been used in the past to maintain the draft of the dock of the port. However, the Ellicott 670 model dredge has a 42-foot (13.5 meter) digging depth, which is larger than the typical 36-foot (11 meter). Because of this, Coremar can reduce the frequency of dredging with the new Ellicott dredge.

The Ellicott® 670 Series is a portable cutterhead suction dredge that can be easily transported and assembled on site with minimal effort.  This versatile dredge is ideal for any dredge owner or operator looking to purchase a vessel that is simple to use.  The 670 is typically used for medium-sized navigational projects in locations such as small ports, rivers, and inland waterway dredging projects.

Jorge Castellanos, President of Castec – which sold the dredge and has represented Ellicott in Colombia for two decades – said port owners typically rent a dredge when needed, but that owning one ensures that their docks are always in top condition.

“Ports in Colombia are growing and they must receive and deliver ships with many goods, from and to different countries,” he said. “The draft of their ports is their responsibility which means they usually have to rent dredges to solve this situation.”

Other ports around Palermo have similar problems with the build-up of sediment, and the Dragon® Dredge is being viewed as a possible permanent solution to those issues as well.

“Having their own dredges guarantees that (port owners) can maintain their docks, and now with the good reputation of Ellicott Dredges working close to their ports, they have a great opportunity to solve a problem,” Castellanos said. “Some of the owners of other ports are approaching us, finding out about the 670-42 dredger at Palermo Port.”