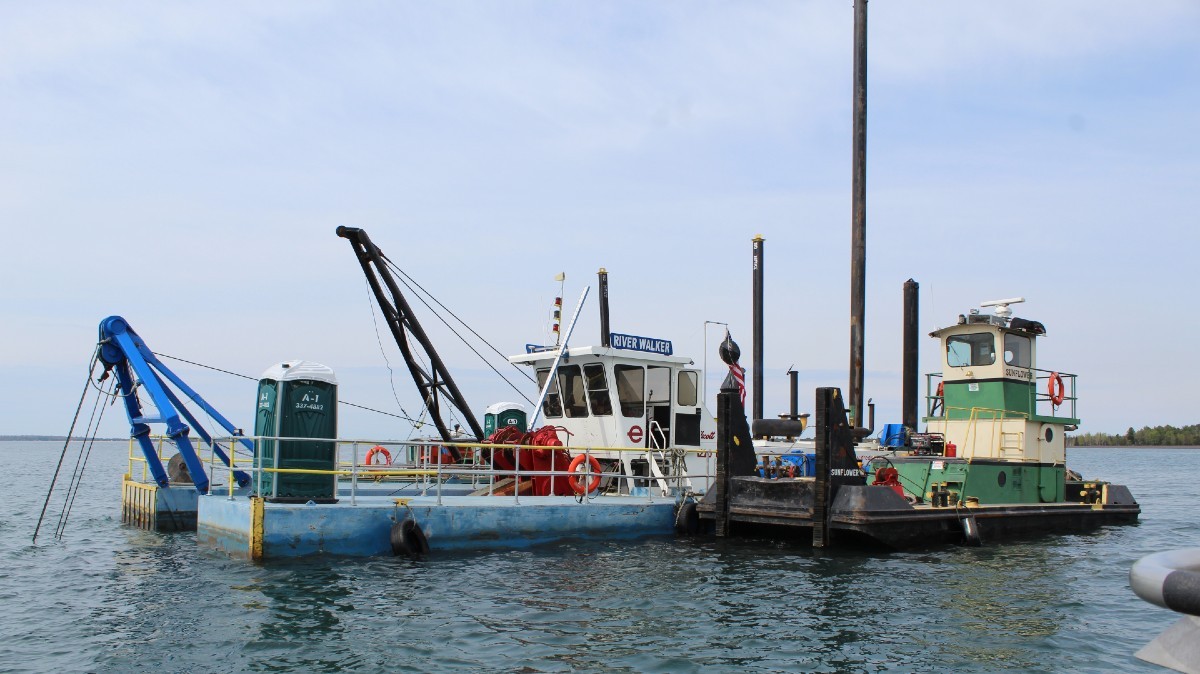 Two Ellicott® brand dredges were used in combination to help open the navigation channel into Grand Traverse Harbor in Michigan, a project that was completed in July 2020.
The harbor was clogged with stamp sand, black and dark grey rock waste leftover from the historic processing of ore. During the 19th and 20th centuries, stamp mills on the Keweenaw Peninsula produced 25 million tons of waste, which was legally deposited near Lake Superior. 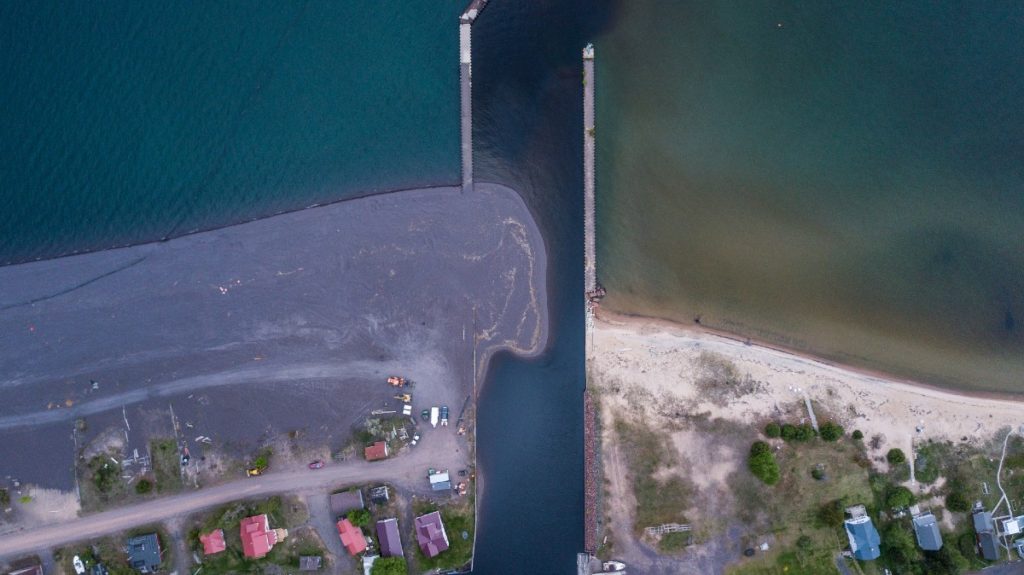 Erosion and currents over the years caused the stamp sand to slowly drift south along the peninsula in Gay, Michigan, creating a black shoreline and clogs in the harbor. The potentially dangerous stamp sand also threatened aquatic life in the area, including the lake perch, and needed to be dredged.

In May of 2019, Ellicott customer PCI Dredging began removing stamp sands using an Ellicott® Model 670-33 dredge and 5 booster pumps until the winter freeze, when storms refilled the dredged areas.

The 670 Series is a portable cutterhead suction dredge that is easily transported and assembled. This versatile dredge is ideal for any dredge owner or operator looking to purchase a vessel that is simple to use. The 670 is typically used for navigational projects in small ports, rivers, and inland waterway dredging projects. 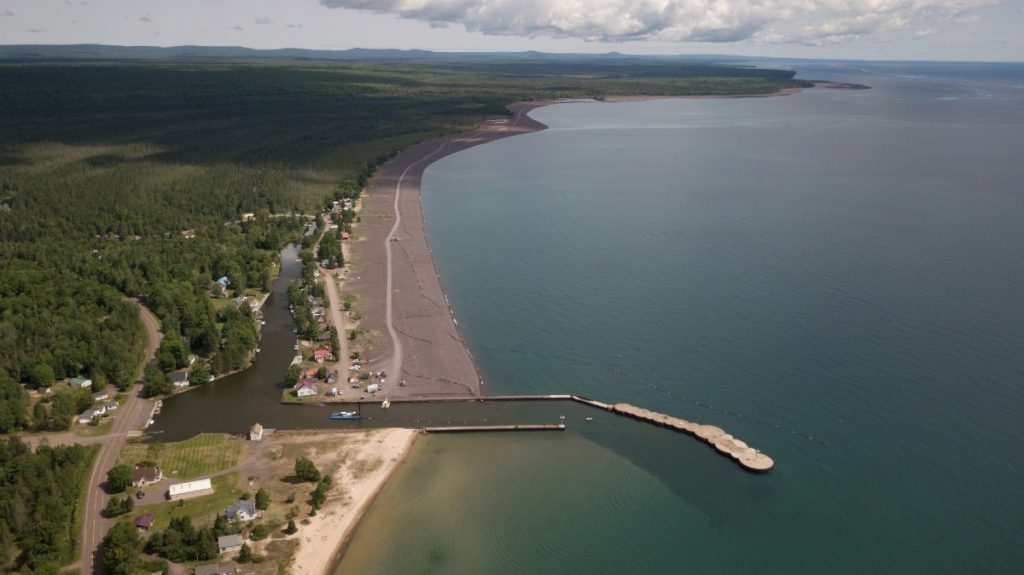 In the spring of 2020, Newt Marine was subcontracted to pick up the work with their Ellicott 1270 dredge and booster pump. The Series 1270 is a versatile cutterhead dredge with excellent production rates for dredging depths up to 50 feet and is typically used for mid-size ports, harbors, rivers, and inland waterway dredging projects.

The Michigan stamp sands project, which was funded by the Environmental Protection Agency and the US Army Corps of Engineers, was completed in July.