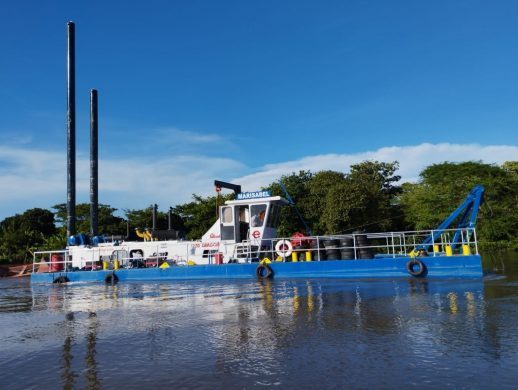 The Magdalena River is the most important and largest river in Colombia, and it is easy to understand why it is crucial for navigation and for economic and environmental purposes.  The Magdalena River is over 1500 km long, originating in the South Colombia Andes and running north all the way to the Caribbean Sea. Since the 1800s, the Magdalena River has been very important for Colombia, as goods were transported via shallow-draft steamboats. To this day, the river continues to be a crucial transportation route for the country. The Magdalena River’s importance is proven, as in the year 2021, a total of 3 million tons of cargo were moved along the river.

The purpose of the Magdalena River Project is to ensure navigability from Colombia’s main inland commercial hubs to the Caribbean Sea.  This project would cut transportation costs and boost the Colombian economy in terms of productivity, trade and tourism.

The implementation of a solution has already begun as three Ellicott dredges are now operating in Mompox.  The three dredges are expected to remove a total of 1,700,000 cubic meters of sediment, operating 24/7 over the next 7 months.  One of these three dredges, an Ellicott Series 1270, was acquired specifically for this project and was launched on July 8, 2022.  The Ellicott Series 1270 is a powerful and robust 18” dredge equipped with digging depth capability up to 50’ (15m) along with an 800 HP main engine and a 375 HP auxiliary engine, a total of 1175 HP.  This dredge is ideal for the conditions and demands of this project. 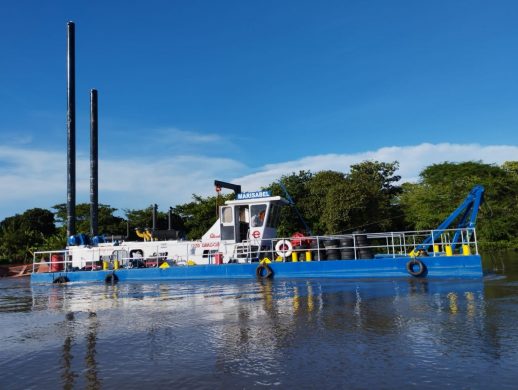 With navigability restored, one of the goals is for cruise ships to be able to reach Mompox.  This will boost tourist activity and would have a very important impact in the economy of the region.

Ellicott’s proven quality, reliability and strong presence in Colombia are critical for this very important project.  Ensuring navigability in the Magdalena River is a long-haul project that will benefit Colombia’s economy trade and tourism, and Ellicott dredges are the right tool for it.