Why is River Dredging Important?

People living in major cities throughout the world depend upon rivers as sources of food, freshwater, and transportation. Over time, silt, sediment, and other deposits accumulate often obstructing a river’s natural flow, vitality, and depth in a negative manner. River dredging projects are designed to curtail erosion, deepen navigational channels, and provide flood mitigation.

When a river channel is disturbed, riverbanks in other parts of the river begin to slowly erode as sediment from the initial point of contact gradually flows from that site to one farther down the river. As a result, a river’s speed increases, causing severe riverbed and riverbank erosion to occur, weakening other parts of the river channel. Over time, sediment deposits increase the worsening conditions of a river system.

Did you know that when people remove vegetation or place large boulders along a riverbank near a construction site it alters the flow of river channel temporarily and sometimes permanently?

River channels gather natural and manufactured debris over time, which requires frequent maintenance dredging to maintain proper channel depth. As sediment increases at the bottom of the river, it reduces the depth of the river.

Dredges are commonly used to eliminate excess sand, silt, and sediment from a river channel allowing vessels to navigate a river safely. 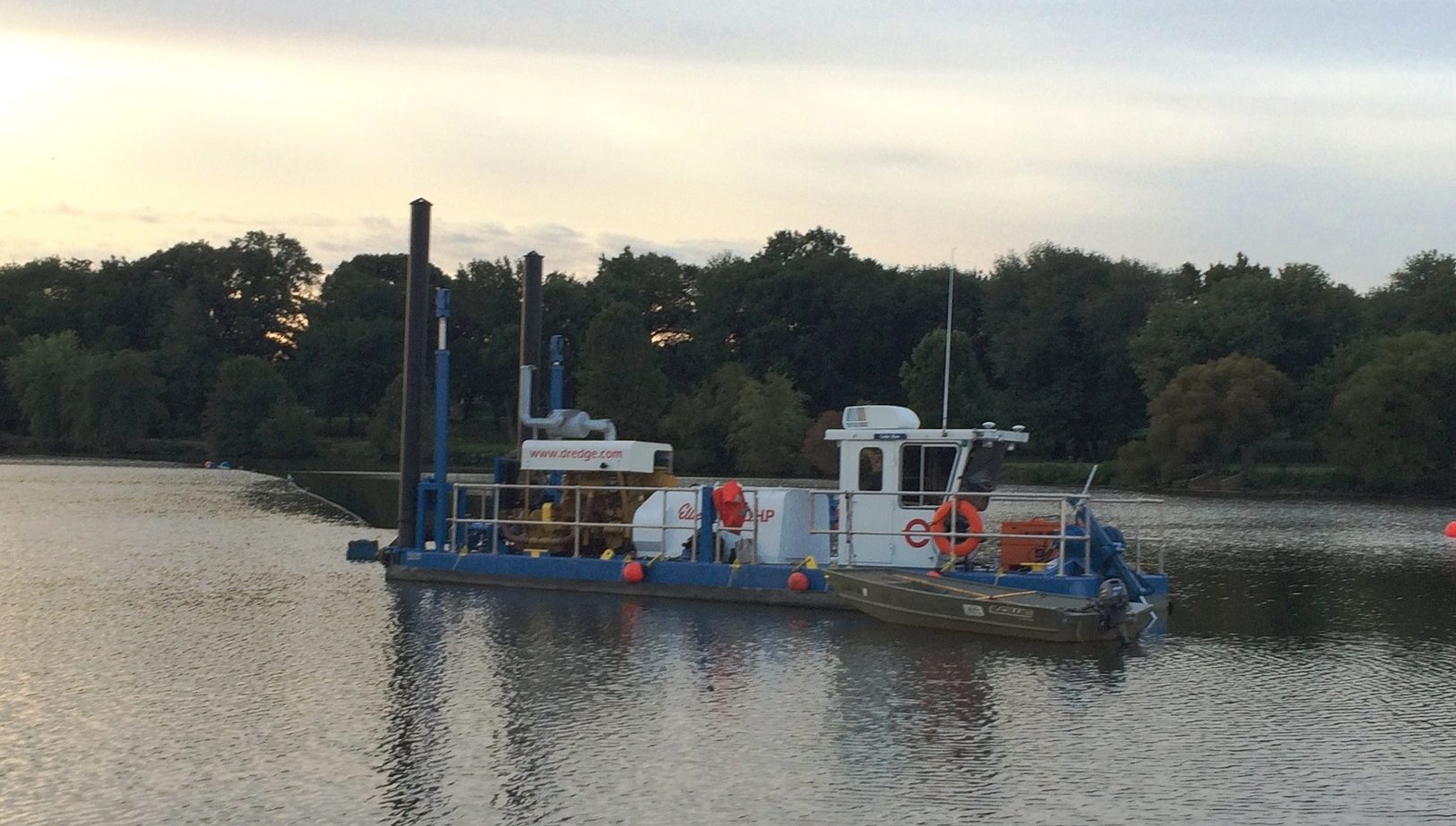 Rivers that are not maintained collect a tremendous amount of silt, sand, and sedimentation, causing the river to bottleneck. Bottlenecking limits a rivers ability to flow naturally and to cause water levels to rise in other parts of the river and exceed its riverbanks. When an excessive amount of water enters a sediment-filled watershed at a rapid pace, flooding occurs.

River dredging doesn’t prevent flooding, but it does diminish some of the associated risks.  Dredging is crucial to preserving the natural flow of a river and reduces the potential of a likely disaster from occurring in cities that are prone to reoccurring flooding during rainy seasons.

In Buenos Aires, Argentina, for example, dredges were used to dig a deeper river channel and remove excess sediment from the Salado River Basin in low lying areas where flooding occurs. Some parts of the river were difficult to reach, but crews were able to dismantle and reassemble the dredges allowing teams to continue dredging in hard to reach locations along the river. Sand that was removed during the project was used to improve lowlands and enhance elevation along the riverbanks to curtail future floods.

Are you looking for a reliable dredge for your river dredging project? Consider our Ellicott® series cutter suction dredges  Our portable cutterhead suction dredges are available in a variety of sizes and digging depths.

These portable dredges can be used for a variety of small- to large-scale river dredging projects, including flood mitigation and channel maintenance. For more information about Ellicott’s line of portable cutterhead suction dredges, call +1-410-625-0808, or feel free to complete our online project questionnaire.