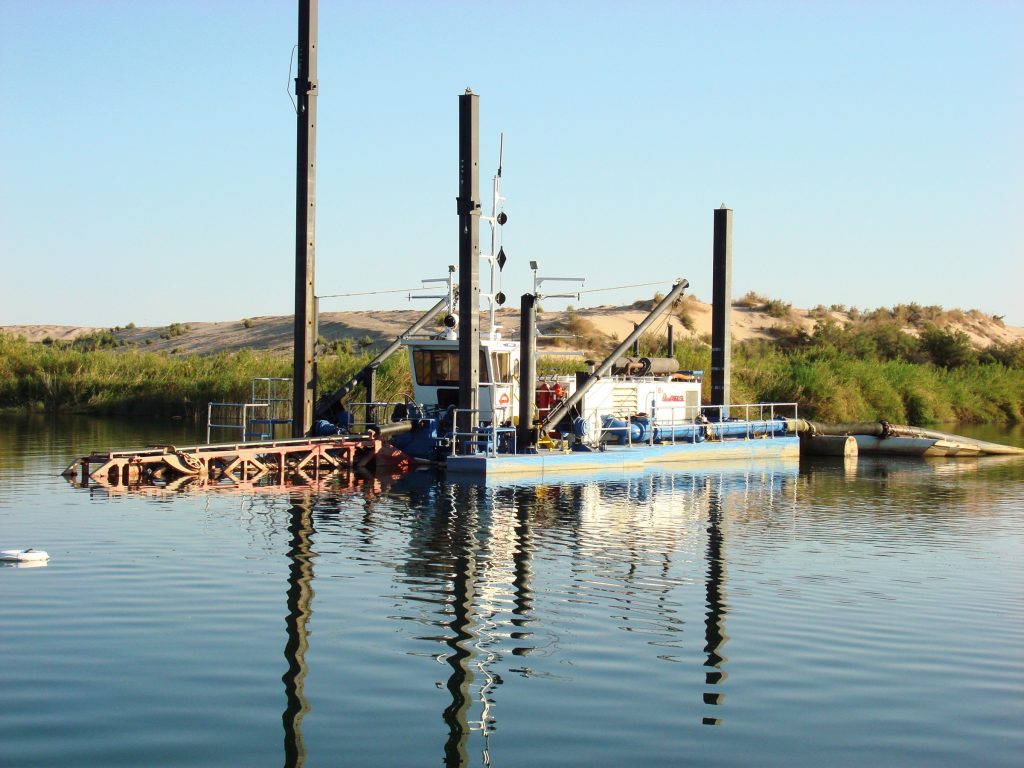 Wetlands are areas of land where water covers soil throughout the year in locations such as swamps, ponds, rivers, lakes, lagoons, and salt marshes. In addition, wetlands contain most of our planet’s freshwater and are ideal locations for fisheries that generate commercially harvested seafood. These locations can also neutralize atmospheric climate conditions by storing carbon within plant communities and soil instead of unleashing it into the air.

According to the National Oceanic and Atmospheric Administration (NOAA), more than 80,000 acres of coastal wetlands are lost per year as a result of shoreline erosion and rising sea levels.  Human activity, urbanization, and storm surges are some of the contributing factors that alter coastal and marine wetland habitats over time. Reclaimed dredged sediment is used to combat this increasing problem by restoring tidal wetland areas, mitigating coastal erosion, and reducing the impact of storm surges near coastal areas.

The Importance of Preserving Marshes & Wetlands

Wetlands and marshes serve as fertile habitats for large animal populations such as fish, birds, and other aquatic species. They also protect our planet’s coastlines, prevent flooding, erosion, and water infiltration. The natural flow of sediment containing harmful pollutants and seasonal storm surge can suffocate channels that feed freshwater to inland wetlands and marshes. Dredging these areas allows water to maneuver throughout these inland areas bringing in nutrients and flushing out waste.

The Difference Between Marshes and Wetlands

Marshes are wetlands that are consistently engulfed with water. They are rich in nutrients and serve as a breeding place for shellfish and crustaceans.  Marshes form in low-lying flood plains near a shoreline, rivers, or streams. They drain nutrients and pollution from the water, as well as provide a physical barrier against rising sea levels and storm surge. Marshes also protect coastal areas from erosion, acting as a last line of defense against waves and limit flooding by absorbing rainwater.

When sea levels rise, a marsh can become water-logged, killing vegetation that otherwise would serve to prevent erosion from occurring. Dredging helps to improve or restore channel navigation. The sediment that is dredged from a channel can also be used to elevate neighboring marshes for ecological and shore protection purposes.

Restoration projects involve returning a degraded wetland or marsh to its natural state. There are advantages to restoring a wetland or marsh, including improving water quality and increasing wildlife abundance and diversity. Sediment that is dredged and used for restoration purposes provides plant resiliency and is capable of withstanding rising sea levels. When a wetland or marsh is elevated correctly, it enhances vegetation, allowing oxygen to reach its roots and native grasses to grow through the dredged material within a matter of a few years after the dredged sediment has been dispersed.

Restoring a wetland or marsh habitat to its natural condition can be quite tricky. If a restoration habitat isn’t done properly, native grasses and seedlings will not be able to grow. Also, if dredged materials such as sand are unsuitable for the environment, they will not hold, and the restored wetlands will erode, and marsh degradation can reoccur.